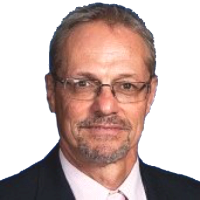 Eric Cook completed his B.Sc in Biology at Concordia before embarking on a 40-year teaching career which included 32 years at his alma mater, Loyola High School. While teaching, Eric earned a Diploma in Theology, Religion, and Ethical Studies from Concordia, before receiving a M.A. in Curriculum Studies at McGill.

In parallel to his teaching career, Eric worked at Camp Orelda-Marian from 1980 to 1982 and was director of Camp Kinkora from 1987 to 1990. He visited many of Quebec’s summer camps as a consultant for the Quebec Camping Association (ACQ).

Eric, along with his wife Kathleen, has been active in the Divine Renovation program at St. Ignatius Parish since 2016. In his spare time, Eric lends his voice to the Aurora Chorealis choir and enjoys playing guitar.

< Back to the Board of Directors